Better than the film

Soemone at work challenged me to make “life of pie” since a similarly-named film was in vogue at the time. Who was I to refuse?

Some spare Lego, some cheap kitchenware and a scotch pie later, there we were.

Now look for the sequel, Life of Pie 2 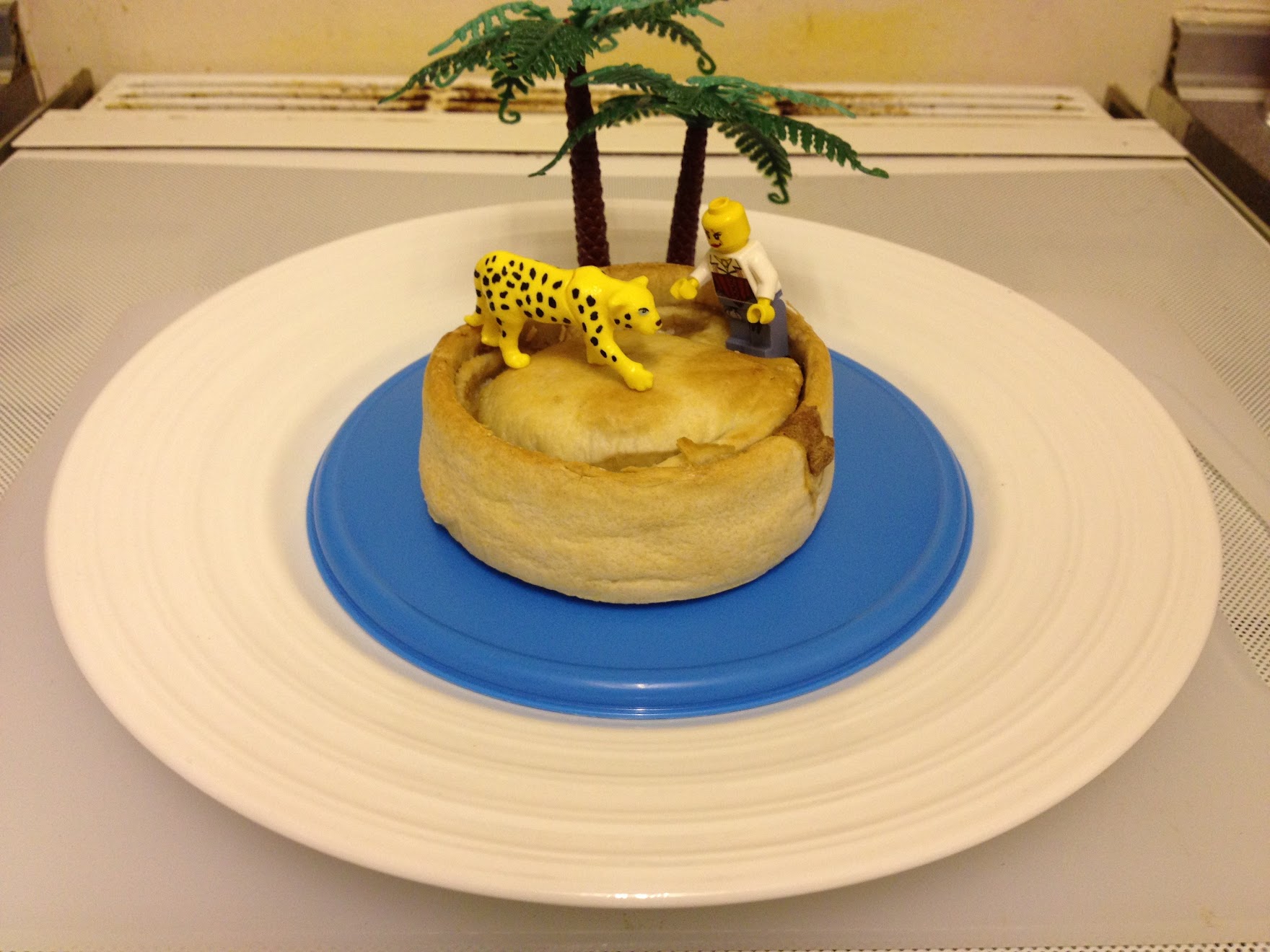